iOS 10 compatible iPhone and iPad devices can download iOS 10.2.1 final version which is available for public and came after a major release of iOS 10.2 which released a month ago. All iOS 10 user can easily install iOS 10.2.1 over-the-air from software update section under settings. iOS 10.2.1 can also be downloaded and installed on iPhone or iPad using iTunes on your Mac or PC. You have to download and install it using iTunes if this update isn’t showing in settings. This isn’t a big update for iOS users except some bug fixes and security improvements. 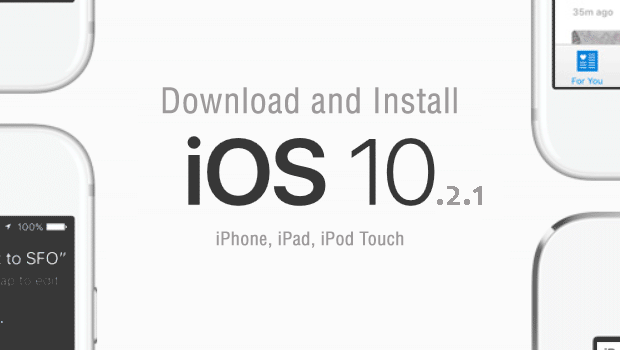 If  you facing errors and problems after installing iOS 10.2 on your iPhone, iPad, or iPod Touch then its time to install iOS 10.2.1. Even if you don’t experiencing any problems you just update to latest version of iOS that have some security improvements. Simple way to update to iOS 10.2.1 it just go to Settings > General > Software Update and here you can download and install iOS 10.2.1 over-the-air.

You can also install fresh iOS on iPhone or iPad if you facing worse problems with current iOS and only have option to install clean iOS. What you need to do just download iOS 10.2.1 IPSW file for your device from given links below