As day by day, Apple is working harder and smarter on iOS security the news was surrounding all over the web the jailbreaking may be dying soon. When Vulnerabilities discovered, and Apple has recently rewritten the kernels of iOS and macOS which is making Apple devices harder to jailbreak. Most of the iOS users love to jailbreak their i-Devices to liberate them and customize them according to their taste and requirements. 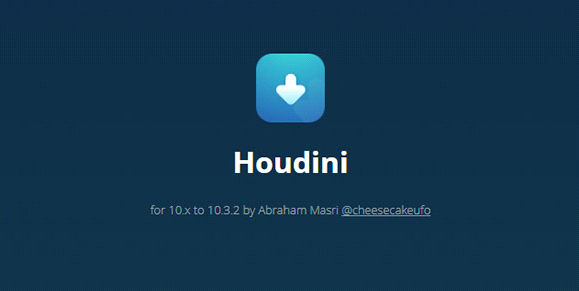 As Apple released iOS 10.3.X that killed the jailbreaking possibility of devices by Saigon jailbreaking tools. Which wasn’t good news for jailbreaking community and fans? But folks, we have good news for you. Say hello to Houdini, sideloadable via Cydia Impactor; a new app gives iOS users an option to install some jailbreak tweaks and apps to devices that running 64-bit iOS 10.0 – 10.3.2.

Let’s keep this in mind Houdini is a semi jailbreak which offers some benefits such as installing some tweaks and customization themes on the devices running on iOS 10.3.2 and below without the need of full jailbreak. Houdini can be installed using Cydia impactor. Nothing that requires Cydia substrate will work, lack of Cydia substrate also means there is no substrate safe mode which means if something goes wrong you will have to restore your iDevice. Houdini is developed by the same developer behind Saigon jailbreak so it must be stable.

Note: we are not responsible If anything went wrong during install of the jailbreak and you might need to restore your device If something bad happened.

Share your experience below in the comments about the Houdini semi jailbreak.

Next Post Downgrade to iOS 11.1.2 from iOS 11.2.1 for Upcoming Jailbreak Without Losing Data