Although, Google has released standalone Google Maps for iOS but still when user try to access some navigational features and click on a URL, the stock Apple Maps opens up. So, here is a Cydia tweak which resolves this issue and make Google Maps default iOS Map. 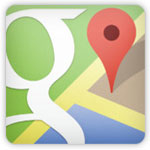 Developer HASHBANG Productions has released a Cydia tweak “MapsOpener”, which is available free for download via BigBoss repo on Cydia.

So, just download and install MapsOpener on your iPhone which is jailbroken and have installed Google Maps app and after that you will experience Google Maps as default iOS Map.

is there anyway to set Google maps default on non-jailbreak device?

Thanks Google for providing Google Maps on iOS6.