This iOS 8.3 final release comes with various performance fixes and optimization including some fixes to connectivity Wi-Fi and Bluetooth problem. Those who love to use Siri and Emoji icons will definitely love this update. Apple packed this update with 300 new Emoji icons. New languages Russian, Swedish, Danish, Butch, Portuguese, Thai added to the voice assistant Siri.

Now you can download and update your iPhone, iPad or iPod touch devices to iOS 8.3 final version. Update iOS OTA (over the air) from your device settings or Download iOS 8.3 from direct links given below and install it using iTunes. 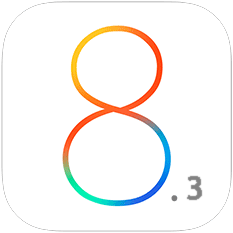 To download and update iOS 8.3 OTA, simply open the iPhone, iPad or iPod touch Settings tap on General and then tap “Software update” option. iOS 8.3 OTA update size is approx 200MB and 1.5GB according to your device. You might need to free up some space to install this update, because you need double of the free storage space on your device.

You can use the following iOS 8.3 IPSW files in iTunes to update your device to iOS 8.3. Backup your device before attempting this method. You can follow this method to install iOS 8.3 manually using iTunes and IPSW file.

Right now there is no jailbreak available for iOS 8.3, so if you do care about existing jailbreak on your device then don’t update to iOS 8.3 otherwise you will lose the jailbreak.

Next Post How to Get Latest Windows 10 Preview Builds