iPhone and iPad users running iOS 11 or later versions can take screenshot pressing Home and Side/Power buttons simultaneously as we do in older version and image saved in the Photo app under screenshot album. But, in iOS 11 once you take the screenshot on iPhone or iPad, not only its kept in the screenshots album also it shows a preview of a captured screen on the bottom-left corner or the screen.

Suppose you have taken a screenshot and its preview is showing on the screen at the bottom-left corner. Simple Swipe the thumbnail preview toward left side to hide it. 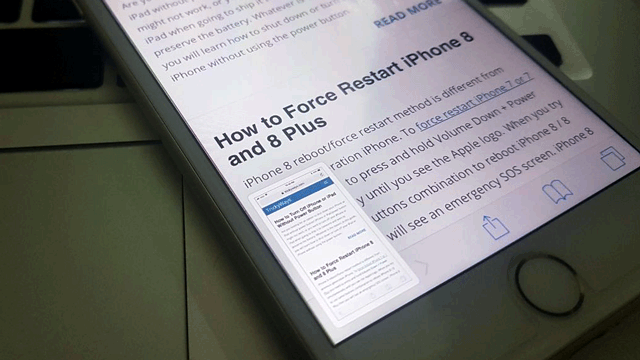 This screenshot preview feature provided to facilitate user to edit or mark the captured screenshot and share or save it quickly.

Once you tap the thumbnail preview of the screenshot, you can do the following things:

Is there any option to disable screenshot preview in iOS 11?

No, right now there is no option available in iOS 11 to control this option and hide the previews completely. May be in future Apple introduced an option to control this feature with a toggle button.