In iOS 15, the Live Text feature allows you to translate text from photos and images. Not only that you can use your iPhone Camera, point it to an image or photo, and translate text available on the photo or image instantly.

So, this is how you can translate text using the camera on your iPhone or iPad.

If you want to translate without an internet connection then Apple allows you to download the different languages offline for translation purposes. This is very useful when you are out of the country and don’t have an internet connection yet and want to translate something. You can prepare your device and download the languages offline before traveling.

You might see a message when you try to translate using the camera. Wrong language detection of the text might be the reason or it may detect the actual language and it does not support at the moment. As you can see below in the screenshot, the language detected is Chinese (Mandarin – Taiwan) which is not supported. If you think the camera detects the wrong language then you can tap the “Choose Language” option.

On the next screen tap the Orignal tab on the top and choose a language. Currently supported languages for translation are shown in the screenshot below, under the Orignal language tab. 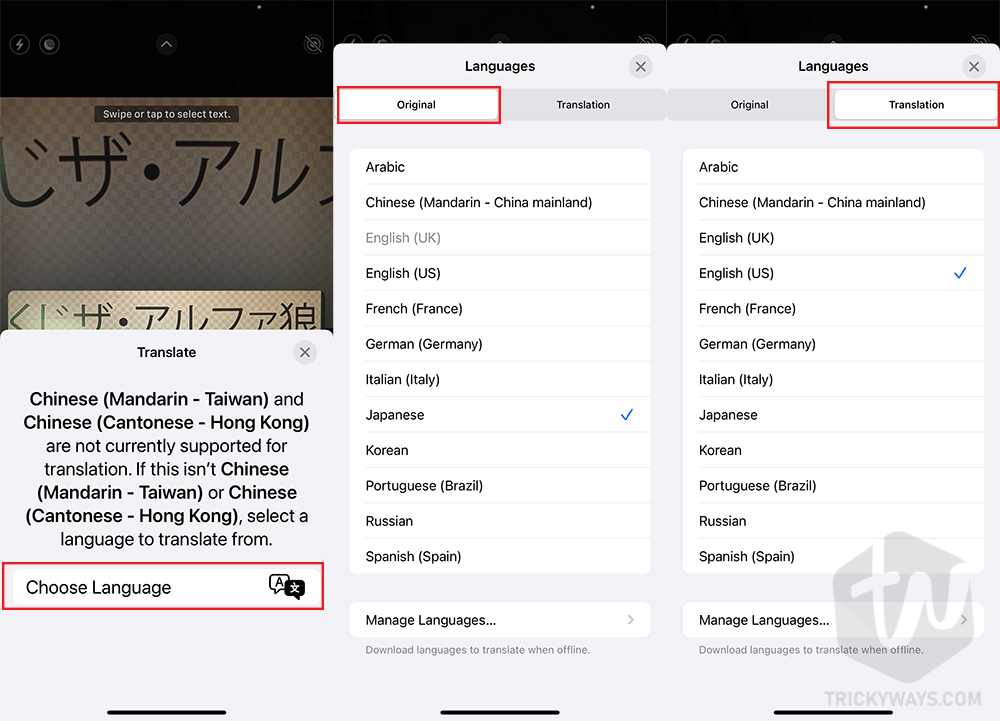 Was that helpful? need your feedback, if you have any questions please leave a comment below.