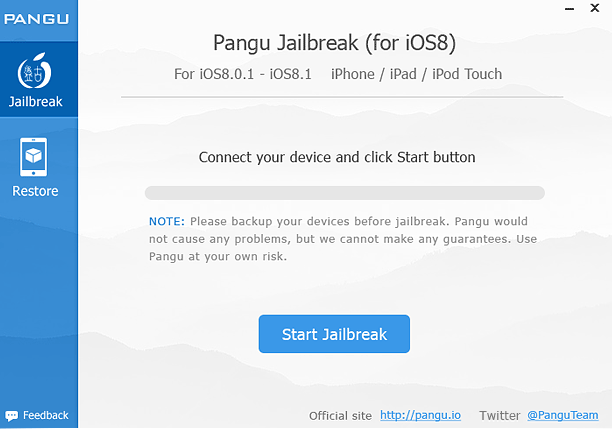 Before you start jailbreaking make sure you follow these steps. Attempt at your own risk, Trickyways.com will not be responsible for any damage to device during process.

Note: Those who have earlier version of Pangu that didn’t include Cydia as part of jailbreak process, you don’t need to re-jailbreak it. To install Cydia, simply run the Pangu app from your home screen. Tap on “Install Cydia”. Now tap on ‘Install’ found in top right corner of the screen to begin installing Cydia. After reboot you will have cydia on your i-Device.

Next Post How to Delete iPhone or iPad Pictures Permanently