Do you want to send something from one Apple device to another? Universal Clipboard feature allows you to copy data like text, images, photos, and videos from one device and then paste the copied content to another. There are some requirements before you can use this feature. 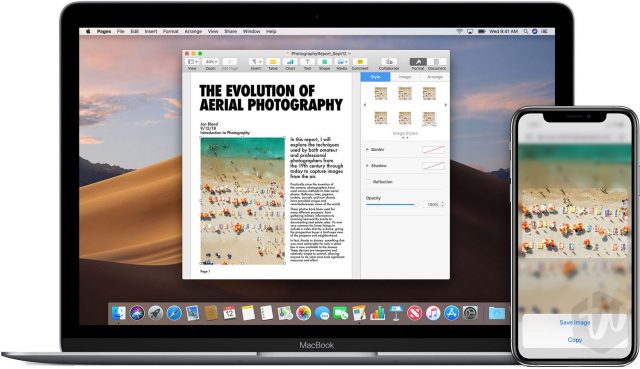 You can use the Universal Clipboard on your iPhone, iPad, iPod touch, or Mac, but you have to meet the Continuity system requirements first. Once you setup your devices and get those devices near to each other, you can copy and paste the content between devices.

Will your device work with Universal Clipboard?

Following devices with iOS 10 or later

How to set up Universal Clipboard

You have to complete the following steps to set up your Mac, iPhone, iPad or iPod touch devices

Steps to turn on Handoff on your Apple devices

on your iPhone, iPad, or iPod touch:
Open up the Settings and go to General > Handoff and turn it on.

On your Mac:
Click the Apple menu > System Preferences top-left corner and then click General. Now, select “Allow Handoff between this Mac and your iCloud devices.”

How to use Universal Clipboard

From your device copy the content that you want to transfer to another device, which might be text, image, videos, or other. Using Universal Clipboard, you can transfer the entire files from one Mac to another. But, your Mac must have at least macOS High Sierra or later version installed.

Once you copy the content as you do normally, it will automatically be added to the clipboard of nearby devices that fulfill the above requirements. Just go to the other device and paste it. Anything you copied, will be available for a short period or will be replaced with the next content that you copied.

I really like this feature to transfer content quickly between Apple device, Did you? Please leave a comment below. If you need further help you can also leave your question using comment form and we will happy to answer your question.